Are you looking to install your own

Call Us Today At

The Benefits of Installing an EV Charging Station at Your Pearland, TX Home

Are you looking to install a residential EV charging station? If so, you’ve come to the right place! As the preeminent Pearland, TX EV charging installation specialists, Double G Electric installs state-of-the-art electric vehicle charging stations for homeowners throughout the Harris County area. Electric vehicles are the future, and that future is here! The goal of our locally owned and operated company is to aid in building the infrastructure that these vehicles require as they become more widely used.

As the popularity of electric vehicles expands, it’s important that the demand for EV charging stations is met, and at Double G Electric, we’re up to the challenge. We offer top-of-the-line products from the leading industry manufacturers, and our professionally trained, fully licensed and insured electricians expertly install them. With a residential EV charging station from Double G Electric, the top-rated Pearland, TX EV charging installation experts, you’ll have peace of mind knowing that you’ll be able to power up your electric vehicle whenever you need to.

Electric cars have been around for a while; however, due to soaring gas prices and more environmentally conscious drivers, the popularity of these vehicles has surged in recent years. If you drive an electric vehicle, while you certainly enjoy the benefits that it offers, there are some downsides, too; most notably, finding an EV charging station when you need one. While these cars are becoming more and more popular, unfortunately, there’s a shortage of charging stations in Texas.

Fortunately, there’s a solution to your problem. What is it? Why installing an EV charging station right at your Harris County residence, of course! Here’s a look at some of the top reasons why you should consider getting in touch with Double G Electric, a leading Pearland, TX EV charging installation specialist, to learn more about getting your very own electric vehicle charging station. 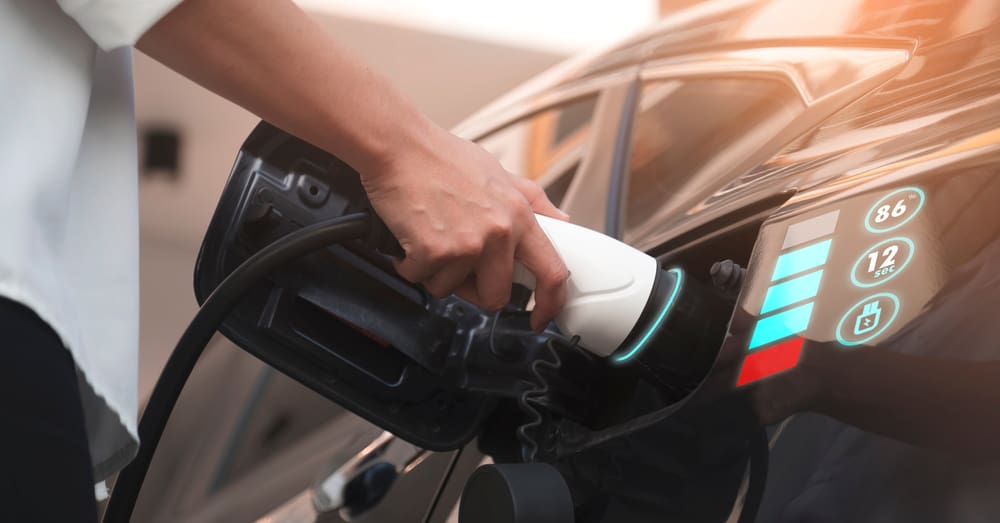 While there are lots of benefits associated with owning an electric car, charging it – or more precisely, finding somewhere you can charge it up – when you need to is a big disadvantage. While there may be more electric vehicles on Harris County roadways, there most certainly are not enough EV charging stations. Hands down, one of the biggest benefits of investing in a residential electric vehicle charging station is the convenience that it will provide. A reputable Pearland, TX EV charging installation electrician will be able to expertly install a top-of-the-line charging station that you can use to power up your car whenever the battery starts running out of juice.

A lot of Harris County homeowners who drive electric cars and are interested in installing an EV charging station assume that it’s just too expensive, so they never look into it any further. In reality, however, it’s surprisingly affordable. A reputable Pearland, TX EV charting installation electrician will charge fair and affordable prices and will offer solutions to ensure that the project will stay on budget; not only for the installation, but over the life of the charging station, as well.

You can Make Money on Your Investment

Want to earn some extra cash? Put your electric vehicle charging station to work for you! Seeing how electric cars are becoming more and more popular, you’re bound to run into other drivers who need to charge their vehicles. For a fee, you can let other motorists use your EV charger to power up their cars. While it probably won’t become a big business and you won’t make a fortune, you can certainly earn some extra money by leasing out your residential EV charging station to others.

For more information about these and other benefits of installing a residential EV charging station, get in touch with Double G Electric, the Pearland, TX EV charging installation experts. To speak with one of our knowledgeable and courteous associates, get in touch with us today! Dial 409-225-4669 and we’ll be glad to set up an appointment for an in-home consultation at a time that’s most convenient for you. At Double G Electric, we’re looking forward to meeting your electric vehicle charging station installation needs and exceeding your expectations.

Some information about Pearland, TX

Pearland is a city in the U.S. state of Texas, within Brazoria County, with portions extending into Fort Bend and Harris counties. The city of Pearland is a principal city within the Houston-The Woodlands-Sugar Land metropolitan statistical area. At the 2010 U.S. census, the city’s population was 91,252, up from a population of 37,640 at the 2000 census. Pearland’s population growth rate from 2000 to 2010 was 142 percent, which ranked Pearland as the 15th-fastest-growing city in the U.S. during that time period, compared to other cities with a population of 10,000 or greater in 2000. Pearland is the third-largest city in the Greater Houston area, and from 2000 to 2010, ranked as the fastest-growing city in Greater Houston and the second-fastest-growing city in Texas. Per the American Community Survey of 2019 the population had risen to an estimated 131,448.

Pearland had its beginnings near a siding switch on the Gulf, Colorado and Santa Fe Railway in 1882. When a post office was established in 1893, the community was named “Mark Belt”. On September 24, 1894, the plat of “Pear-Land” was filed with the Brazoria County courthouse by Witold von Zychlinski, a man of Polish nobility. At the time Pearland had many fruits harvested by residents. Zychlinski saw the pear trees and decided that “Pearland” would make a good name for the community.

In the 1800s, Pearland consisted of prairie. Residents harvested fruit and vegetables such as cantaloupes, corn, figs, pears and watermelons. Pearland was promoted by developers Allison & Richey Land Company as an “agricultural Eden”. The first subdivision was called “Suburban Gardens”.

The Galveston hurricane of 1900 and the Galveston hurricane of 1915 destroyed most of the city’s fruit trees and slowed growth for a considerable period of time, and caused a period of desertification in the area. In 1914, with agriculture rebounding and the end of desertification, Pearland had a population of 400, but a devastating freeze in 1918 was another setback to the local farming enterprises. Oil was discovered nearby in 1934, which led to the development of the Hastings Oilfield, though it did not spur much growth, as the population fluctuated between 150 and 350. In the 1930s and 1940s, Pearland had many dance halls and beer joints that entertained people from the Hastings and Manvel oil fields.