For years, the homeowners and business owners of Harris County have been relying on Double G Electric to keep their lights and power on. New electrical installations, emergency electrical services, and routine maintenance and repairs; no job is too big or too small for our team of fully licensed and insured Tomball, TX electrician contractors. Whether you want to upgrade your electrical system, you’d like to install a few new outlets, you’re experiencing an emergency, or you just want to schedule routine maintenance, when the team at Double G Electric is on the job, you can rest assured that the most reputable Tomball, TX electrician contractors will be on the job.

Why You Should Hire a Tomball, TX Professional for New Electrical Installations

Whether you want to add some new light fixtures to your porch, you’re bringing in some new appliances, or you’d like to install a new ceiling fan; whatever your project entails, before you grab your tools and start searching for tutorials online, when it comes to electrical installations, here’s a look at some very good reasons why you should forego the DIY approach and hire professional and experienced Tomball, TX electrician contractors instead.

To ensure your safety and the safety of anyone else who uses your Harris County property – your family, friends, employees, customers, etc. – if you have an electrical installation project, call a professional Tomball, TX electrician contractor.

Charging your devices, powering your appliances, lighting your Harris County home, cooling and heating your office; you rely on electricity on a constant basis. Because you depend on it so much, when you’re planning a new electrical installation – a new light fixture, a kitchen appliance, outlets in your office, etc. – you’re going to want to start using it as soon as you can. A licensed and experienced Tomball, TX electrician contractor will work quickly, yet efficiently, so that you can utilize your new electrical components as quickly as possible.

One of the main reasons why you’re considering doing your electrical installations on your own is so you can save money. While yes, some projects are more cost-effective when you do them yourself, such as painting or landscaping, that isn’t the case with electrical work. In fact, DIY electrical installations can actually end up costing you a whole lot more than hiring a professional Tomball, TX electrician contractor. Why? Well, because not only will you need to purchase all of the tools and supplies, but if you make any mistakes and you suffer an injury or damage your Harris County property, you’ll end up having to pay for any related medical care or repairs; plus, in the end, you could end up needing to hire a professional anyway. 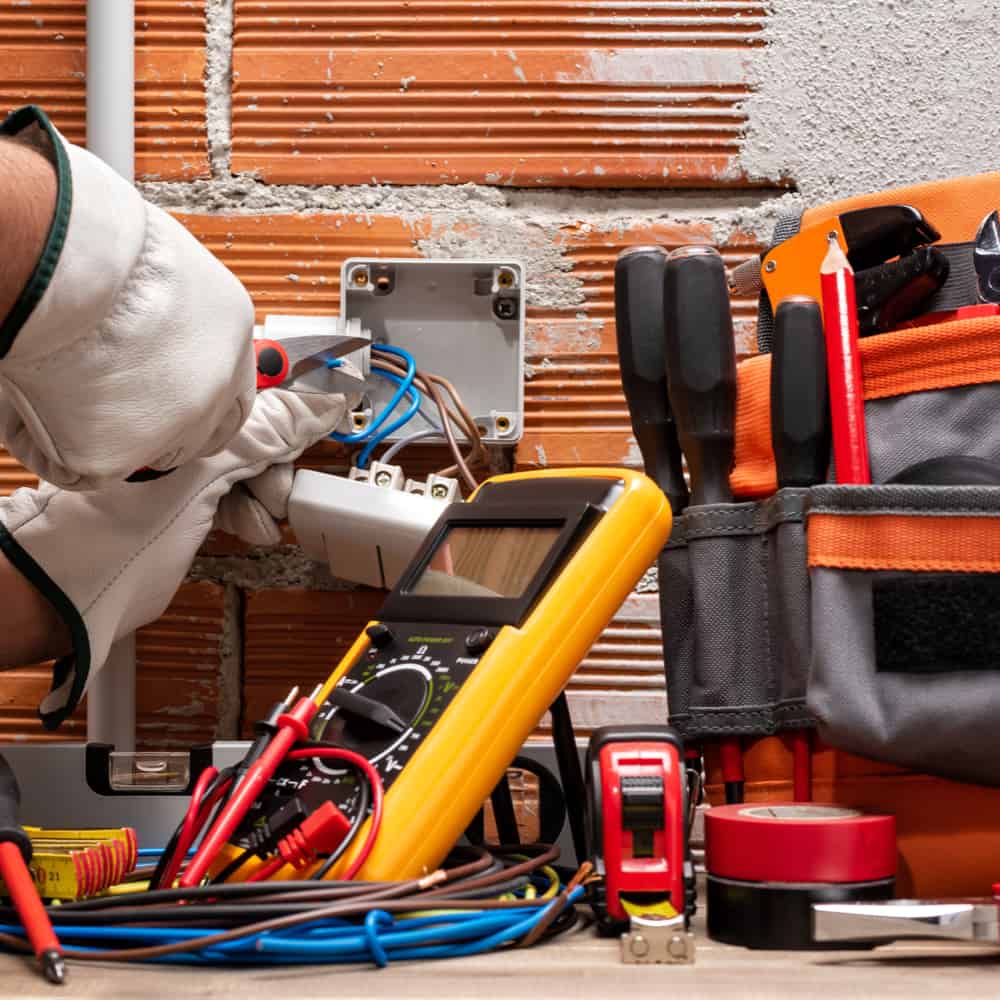 If you have an upcoming project that involves the installation of electrical fixtures, contact the leading Tomball, TX electrician contractor: Double G Electric. For more information, to schedule a consultation, or to request a free price estimate, call 409-225-4669 today!

Some information about Tomball, TX

Tomball is a city in Harris County in the U.S. state of Texas, a part of the Houston metropolitan area. The population was 10,753 at the 2010 U.S. census and 11,778 in 2019. In 1907, the community of Peck was renamed Tomball for local congressman Thomas Henry Ball, who had a major role in the development of the Port of Houston.

Settlement began in the Tomball area in the early 19th century, where settlers found an open, fertile land that received adequate rainfall—perfect conditions for farming and raising cattle. It was on a land granted in 1838 to William Hurd’s heirs. In 1906 the area began to boom. Railroad line engineers often noticed that the Tomball area was on the boundary between the low hills of Texas and the flat coastal plains of the Gulf, making it an ideal location for a train stop. The railroad could load more cargo on each car, because the topography gently sloped toward the Galveston ports and provided an easier downhill coast. Thomas Henry Ball, an attorney for the Trinity and Brazos Valley Railroad, convinced the railroad to run the line right through downtown Tomball. Soon after, people came in droves to this new train stop. Hotels, boarding houses, saloons, and mercantile stores all began to spring up in the area. At first, people called the area Peck, after a chief civil engineer of the railroad line. However, on December 2, 1907, the town was officially named Tom Ball, later to be shortened to one word, for Mr. Ball.

Geophysical prospecting predicted the discovery of the Tomball Oil Field before the discovery well was drilled on 27 May 1933. Production was from the Cockfield Formation at a depth of about 5,000 feet (1,500 m). The discovery produced an oil boom with many oil companies subsequently showing interest in the area. By 1935, 2,750,000 barrels of oil had been produced from 200 wells. Humble Oil Company, struck a deal with the town through which they would provide water and natural gas free of charge to the residents in exchange for rights to drill on the land. This agreement lasted until 1988.

Tomball incorporated in 1933. Because of the 1933 incorporation, Houston did not incorporate Tomball’s territory into its city limits.