When the homeowners of Harris County need the services of a residential electrician, Double G Electric is the first company they call. For years, our fully licensed and insured, professionally trained, and highly skilled Hedwig Village, TX electrician contractors have been providing exceptional electrical installation, routine maintenance, and emergency electrical services. Whether you want to upgrade your electrical system, you’d like to install some new outlets, or you’re experiencing an emergency, no job is too big or too small for our team of Hedwig Village, TX electrician contractors. When you need the services of a residential electrician, you can count on Double G Electric to not only meet your needs but to exceed your expectations.

Signs You Need to Schedule an Appointment with a Hedwig Village, TX Residential Electrician

Electrical issues can leave you in the dark, can cause short circuits, and in the worst-case scenario, can even lead to injuries and house fires. To avoid inconveniences, major headaches, and most important, potentially serious dangers, being on the lookout for signs that your electrical system is malfunctioning is important so that you can contact a residential electrician as soon as possible. The following are telltale signs that you need to schedule an appointment with a Hedwig Village, TX electrician contractor.

Breakers are designed to trip when circuits are overloaded, which prevents wires from overheating and reduces the risk of a fire. If the breaker in your Harris County home is tripping frequently, that could be a sign that your circuits are overloaded; a problem that needs to be addressed by a residential electrician. A reputable Hedwig Village, TX electrician contractor will perform a thorough assessment of your breaker, all of the circuits, and the rest of your electrical system and will properly diagnose and correct the problem.

Flickering lights are more than just annoying; more importantly, they can be potentially dangerous. If any of your lights repeatedly brighten and dim, turn off the light in question and call a residential electrician. A licensed and experienced Hedwig Village, TX electrician contractor will be able to accurately detect and correct the problem.

If you notice weird noises coming from an outlet, shut off the power to the outlet immediately, and put a call into a Hedwig Village, TX electrician contractor right away. 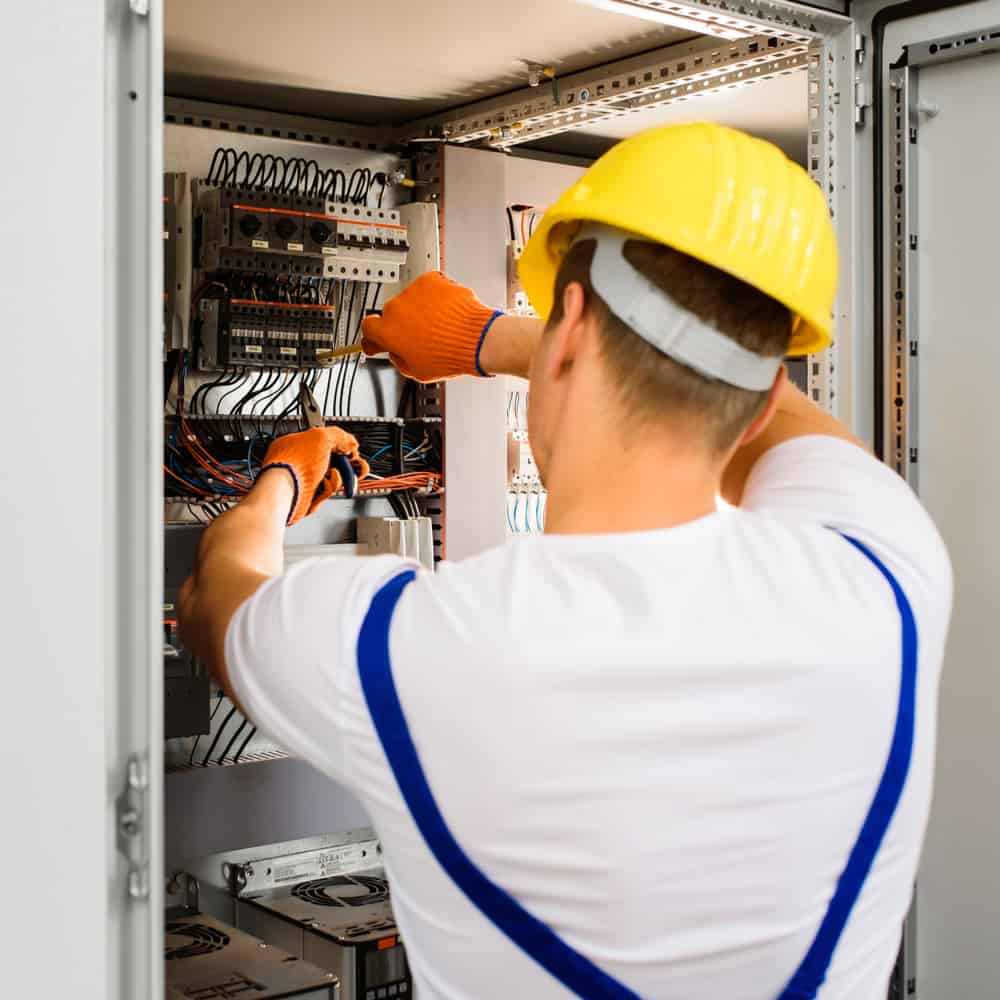 If you’re having any of the above-mentioned issues or any other problem with your home’s electrical system, get in touch with Double G Electric. As the leading Hedwig Village, TX electrician contractor, you can count on our experts to properly detect and correct any issues that you may be having, and restore the function and safety of the electricity that powers your home. Dial 409-225-4669 and we’ll send an emergency electrician to your home right away! To learn more about the services we provide or to schedule an appointment, call 409-225-4669 today and one of our knowledgeable, courteous, and friendly associates will be more than happy to assist you with all of your needs.

Some information about Hedwig Village, TX

Hedwig Village is a city in Harris County, Texas, United States. The population was 2,557 at the 2010 census.

The Spring Branch Memorial area was originally settled by German immigrants in the 19th century. Hedwig Village’s name originates from Hedwig Road, which was built on the property of Hedwig Jankowski Schroeder; Schroeder emigrated from Germany to Texas in 1906 to help her sister operate a business in Houston. There she met, and married, Henry Schroeder, son of Jacob Schroeder one of the area’s earliest immigrants. They established their home and farmed in the area now Hedwig Village.